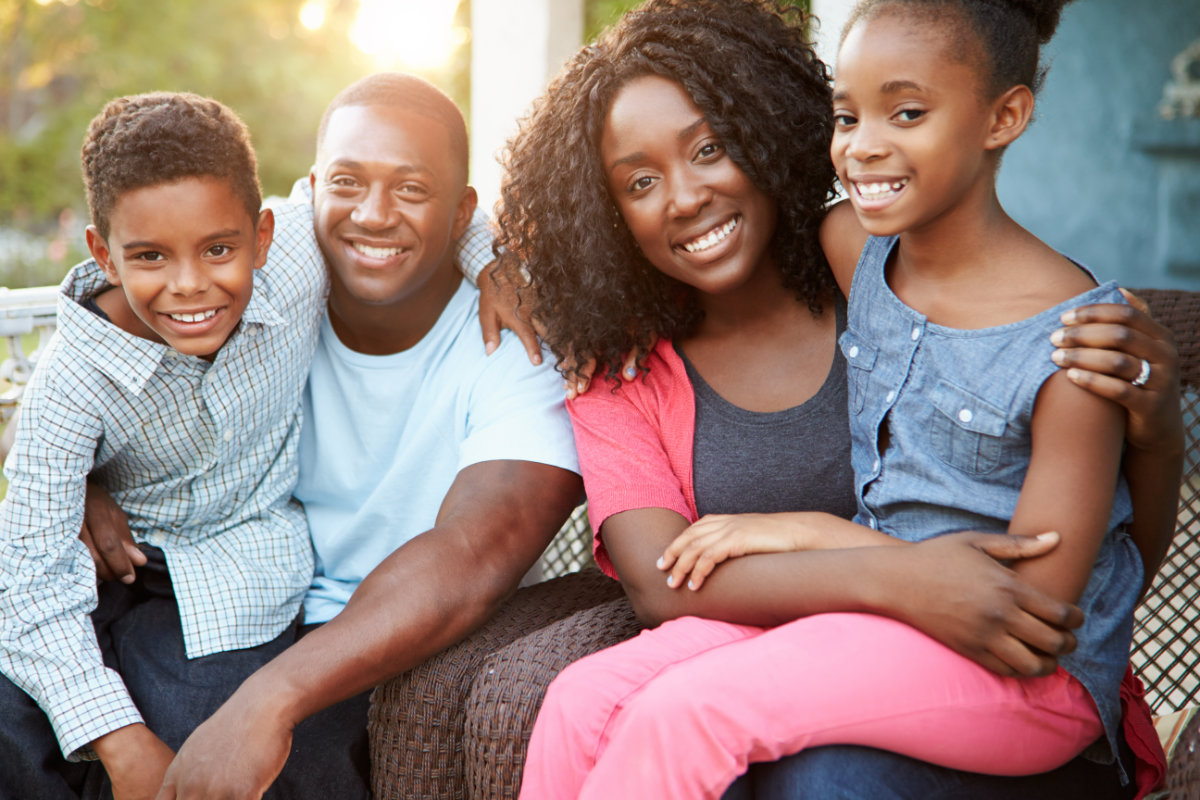 It seems that anger is everywhere in our society. One just has to read the newspaper daily or watch the evening news to conclude that controlling one’s angry feelings is a major challenge for many adults, teens, and children.

Uncontrolled anger is a major factor in domestic violence and spousal abuse, in aggressive driving violations, in workplace rudeness and disruption, and in marital conflicts and family fights. Several large and respected studies have shown that one-third of couples studied at least one incident of domestic violence during the course of their marriage. The same study found that about 1, 500,000 children per year are severely assaulted (kicked, punched, beaten up, burned) in their homes.

Managing angry feelings requires mastering specific thought and action skills and then practicing these skills on a daily basis. The costs to persons who do not learn how to regulate their negative emotions are high and include increased risk of relapse, loss of relationships, conflicts at work, loss of respect in the eyes of loved ones, and lowering of self-esteem.

A particularly high cost of anger is on your children. The effect of children witnessing extreme conflict in the home can be devastating—more harmful most of the time than a parental divorce. It is estimated that between 2.3 million and 10 million children are exposed to intimate partner violence each year in the United States alone.

Although many adults believe that they have protected their children from exposure to domestic violence, 80-90% of children in those homes can give detailed descriptions of the violence experienced in their families.

We view angry feelings as a normal emotional reaction to frustration in our everyday world. It is natural to become angry when we have a goal and this goal is blocked in some way. Anger isn’t just one emotion, but a family of emotions that are related to each other both in our brains and in our behavior. People often give a variety of names to their angry feelings, which range from mild irritation to rage.

Once anger begins, it generates changes in our expressions, our faces, our voice, and changes in the way we think. It also creates impulses to action. In fact, the purpose of emotions such as anger is to organize and mobilize all of our bodily systems to respond to our environment in some way.

Anger, like all emotions, is regulated by that section of our brain called the “limbic system” (located in our mid brains beyond our inner ear) Emotional memories are stored in the “amygdala” and other structures which are located in this limbic system.

You may experience anger now in your life which may actually be caused by a mixture of what is triggering it now and experiences you have had in the past—even if you don’t remember them. This “old anger” is activated by your brain in its attempt to protect you— even though the original danger is no longer present.

It is up to the thinking part of the brain, our frontal lobes, to find a way to deal with the angry feelings the amygdala and other brain structures have set in motion. Fortunately, as thinking human beings we have the unique ability among mammals to have choices regarding how we will deal with our feelings.

My Model of Anger Management

In our view, anger management is NOT about never getting angry—that would be an impossible and ridiculous goal because angry feelings are “hard-wired” in your brain and probably serve a protective and survival function.

Rather, anger management is about learning how to regulate and express those natural angry feelings in a way that makes you a more effective human being. Persons who manage their anger well have better relationships, better health, and more occupational success than those who manage their anger poorly. They also get more of their needs met without antagonizing loved ones or colleagues.

Learning to manage anger involves mastering the eight tools of anger control that we have found to be highly effective in our local anger management classes. This model of anger management is not therapy and does not dwell on the past or the underlying reasons for anger. Rather, our approach is psycho-educational, skill-building, and practical drawing on recent research and findings in neuroscience, marriage/relationships, stress management, and the emerging science of happiness and optimism.

The Eight Tools of Anger Control

Tool 1 – Recognize Stress
Stress and anger tend to go hand and hand. The higher one’s stress level, the easier it is to allow our anger to get out of control. It is a challenge for most of us to manage our stress levels in a complex world with many demands and expectations. Learning stress management techniques us an effective way to reduce the physical, behavioral, and emotional problems caused by too much stress.

Stress is often the trigger that takes us from feeling peaceful to experiencing uncomfortable angry feelings in many common life situations. Whether the stressor is external or internal, scientists have discovered that the major systems of the body work together to provide one of the human organism’s most powerful and sophisticated defenses; the stress response which you may know better as “fight-or-flight”. Before your stress response turns into anger or aggression, use stress management strategies to get it under control.

Tool 2 – Develop Empathy
Have you ever been in a restaurant and noticed that the customers at the table next to you were speaking louder than anyone else? It was as if they had no idea that they were being so loud and intrusive to the rest of the patrons. This lack of awareness is often a sign of not being emotionally or socially alert. Or, have you ever been in a situation where you tried to express your feelings and it backfired in some way?

Some of us are very good at knowing how we feel and expressing it, while others struggle to do so. It is crucial to express emotion in order to relate to those around us. Our ability to know how we are feeling as well as our ability to accurately sense the feelings of those around us help us make positive connections with others. This characteristic is often called “empathy.”

To empathize is to see with the eyes of another, to hear with the ears of another, and to feel with the heart of another. Lack of empathy leads to poor communication and a failing to understand others. To manage anger, it often helps to see our anger as a combination of other people’s behavior and our lack of empathy toward them or their situation.

Tool 3 – Respond Instead of React
Many times we become angry because we find people and situations that literally “push our buttons”, and we react just like a juke box that automatically pulls down a record and starts playing when you make a selection. Rather than reacting to anger triggers in this fashion, you can learn to choose how to deal with frustrating situations — to respond rather than automatically react like that juke box.

There are many advantages to learning to how be more flexible in dealing with the stresses and frustrations of life. At the top of the list is a sense of empowerment. It just feels good and powerful to know that you are in charge of your response, rather than being controlled by other people or circumstances. Many people notice their anger level going down as their feeling of empowerment goes up.

Tool 4 – Change That Conversation With Yourself
“For some reason whenever I get upset I am always putting myself down” said one woman in an anger management class. “Even my friends tell me I am just too hard on myself”, she said. When I get upset, I will often say things like, “I’m such a loser”, or, “if I don’t make it on time, everyone will think I’m a jerk”, the woman explained. “Sometimes I even tell myself that I am worthless and stupid when I make mistakes.”

A crucial tool in dealing with angry feelings is that of challenging that conversation with yourself. Like the woman described above, you are constantly telling yourself all kinds of things which cause you to have certain feelings or emotions—even though you may not realize it. Learning to change that “self-talk” empowers you to deal with anger more effectively in terms of how strongly you feel the anger, how long you hold onto your anger, and how you express your anger.

Tool 5 – Communicate Assertively
Good communication skills are an essential ingredient to anger management because poor communication causes untold emotional hurt, misunderstandings, and conflict. Words are powerful, but the message we convey to others is even more powerful and often determines how people respond to us and how we feel toward them.

Anger expressed toward others is often a misguided way of communicating a feeling we have or a need that is not being satisfied by other people or situations. Assertive communication—as distinct from aggressive communication— is a set of skills to honestly and effectively communicate how you feel and how you are responding to things—without getting angry or hostile about it.

ered by a discrepancy between what we expect and what we get.Learning to adjust those expectations—sometimes upward and other times downward—can help us cope with difficult situations or people, or even cope with ourselves. In marriage, research shows that much anger is caused by trying to solve problems which are unsolvable and perpetual. Successful couples learn to live with each other around these issues rather than getting angry about them.

Tool 7 – Forgive But Don’t Forget!
Anger is often the result of grievances we hold toward other people or situations, usually because of our perception and feeling of having been wronged by them in some way. Resentment is a form of anger that does more damage to the holder than the offender. Holding a grudge is letting the offender live rent free in your head.   Making the decision to “let go” (while still protecting ourselves) is often a process of forgiveness – or at least acceptance – and is a major step toward anger control.

Tool 8 – Retreat and Think Things Over!
Jim and Mary Jones loved each other deeply, but often went into horrific verbal battles over any number of issues. However, they were unable to give each other “space” during an argument insisting they solve the issue immediately. Even worse, Mary often physically blocked Jim from leaving and would follow him from room to room demanding discussion. Needless to say, this is a dangerous practice as it can escalate levels of anger even further and cause partners to do and say things they don’t really mean and may later regret!

Research shows that we are pretty much incapable of resolving conflicts or thinking rationally in an argument when our stress level reaches a certain point. To avoid losing control either physically or verbally, it is often best to take a temporary “time-out” – and leave.  This tool of anger management works much better if (a) you commit to return within a reasonable amount of time to work things out, and (2) you work on your “self-talk” while trying to cool down.