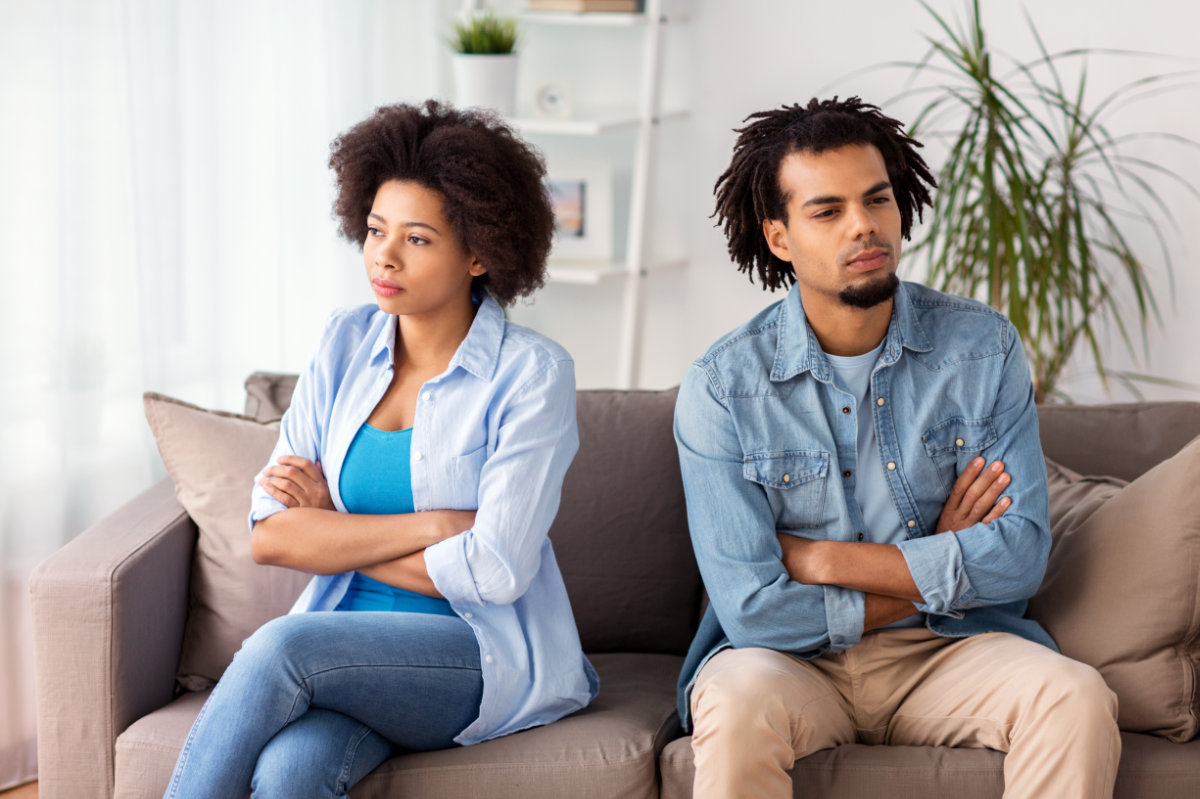 How would you describe a “defensive” person? To me, a defensive person is always blocking other people, like a defensive back on a football team. Keeping them out. Not letting them get close. Not letting others influence them in any way. Defensive people are poor listeners because while you are talking they are preparing their comeback instead of truly listening to what you are saying. In their minds,they will admit nothing, they HAVE to be right, they are unable to acknowledge weakness or wrongness of any kind, and even simple mistakes signify to them personal inadequacy, unworthiness, or failure.

In my experience, defensiveness is one of the major blocks to effective couples communication. Some couples spend hours explaining their actions, their thoughts, their feelings, or their viewpoints – all to no avail in terms of clarifying or resolving the issue at hand.

Defensive people use numerous strategies to defend themselves from emotional attacks including denial (“No..it isn’t that way, I didn’t do it, I didn’t mean it, that wasn’t my intention, etc), justification (“OK, I did do it but only because……”), arguing as to why it was the right thing to do even if partner thinks it wasn’t, and excuse-making(“I was tired,” I didn’t think it would bother you, it was…..”)

The truly defensive partner self-defines “reality” – what they say goes, regardless of your opinion or other evidence. If you disagree they may say things like, “are you calling me a liar?” They may also degrade you or diminish you in order to invalidate your viewpoint: (“What would you know? You couldn’t even finish college.”)

The overly defensive person often subtly shifts blame for a problem or issue from them back to you. Its YOUR fault- not theirs that no one picked up your child at day care at 4:40 because each thought the other was going to.

The defensive person’s ego is always at stake when arguing. You ask a question, they answer in a way which anticipates your NEXT question in order to protect or shield themselves. Example: Did you remember to cancel the delivery for today? Answer: “It really doesn’t matter because I’ll be home next week which will be better anyhow because…….”

Denial is one of the major weapons used by the defensive person. People who deny just have an amazing ability to change things around in their mind until reality fits. I encountered the best example of this with my own family recently. My 91 year old father and I visited the homestead where I grew up in Cleveland, Ohio. Or, I should say, we tried to. My childhood house address had been 3648 W.58th Street.Trust me, I had to repeat it many many times to my mother in case I got lost and had to tell a policeman where I lived)

Upon arrival with my dad recently, we discovered there was no house left standing that had the address 3648. Only houses with address 3650 and 3646 stood in front of us. No 3648. A man walking by explained that 3648 had burned down a number of years ago. My father (who is NOT senile and is perfectly rational most of the time) absolutely could not accept that fact. “Must be a mistake.” “3648 wasn’t our address…. It was 3850… there IS our house…..that guy doesn’t know what he is talking about….etc.” To this day, he still believes that our house is standing right there where it has always been.

Just like I always tell my patients: PERCEPTION IS REALITY. BUT NOT NECESSARILY THE TRUTH.

Defensive people are handicapped because they block out reality which means they cannot accept influence or correct information from outside of their own beliefs or misconceptions. They are often inflexible and rigid. They remain like a rock. The harder you try to change their mind, the deeper the trench they dig.

Another man I knew was absolutely inflexible – that is to say, defensive – on the idea of how family members potentially can relate to each other. His wife would have the family watch a feel-good programs like “Parenthood” or “Hallmark Hall of Fame Specials” where family members actually showed affection for each other, talked over issues instead of getting angry, and generally cared for each other and had each other’s back.
Then, she would say, “why can’t we be like that?”

Our defensive and rigid husband denied that ANY family could be like that….NOBODY communicates that way in a real family. There was NO WAY their family could do it like that. No openness to possibility, no acknowledgement that the way he did things might not be the right way.

If you are a defensive person, try to be more flexible and open. What you perceive as a threat may actually be the act of someone trying to help you- not hurt you.

If you have to cope with an overly defensive partner or other family member, try a softer approach in how you present things. Unfortunately, yelling, screaming, demanding or insisting that you are right only makes a defensive person more defensive.

Strike and then back off and try a different approach toward reaching them. Or, try humor.Slide in under the radar more often rather than hitting them with the force of a Mack truck- and see if you get better results and less defensiveness.