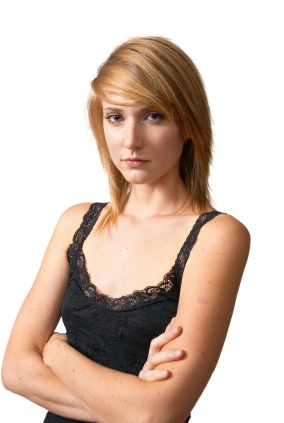 You guessed it! Roberto did not show up until 8:45 PMâ€”way too late for Tina to attend her meeting. Rather than being apologetic, however, Roberto explained to Tina (who was outraged at this point) that he “couldn’t help it” because “I had to help a friend out who’s car had broken down”. He lamented “How could I let Michael down? He was best man at our wedding”.

Yet, he couldnâ€™t just forbid Tina from attending, so he handled the situation in an underhanded wayâ€”sabotaging her attendance in a way that would still make him look good.

After all, he could argue, what reasonable person would get mad at someone who was late because he was helping out a friend?

The anatomy of passive-aggression
Passive-Aggression is a psychological mechanism for handling hostility or anger in an underhanded or devious way that is hard for others to prove like how to lose weight fast. Sometimes the passive-aggressive is aware of what he or she is doing, and other times not.

Yet, the result is the sameâ€”things are sabotaged by the passive-aggressive and it somehow is never their fault. A really good passive aggressive is very slippery with excuses, justifications, or alternative reasons for why things go awry.

Passive-Aggression may not be expressed directly in behaviorâ€”but in words or humor. Sarcasm which communicates hostility is often a tool of the passive-aggressive person, as are jokes made at your expense.

When conversing with someone who is angry at you, they leave out important information which gives you the wrong impression.

Talking behind the back of a co-worker in a harmful wayâ€”gossiping.

Exaggerating the faults of your spouse (behind his or her back) to your parents while maintaining â€œsweetnessâ€ toward your spouse.

Playing dumb or inadequate to frustrate someone or gain advantage.

Upset with your wife’s weight, you “affectionately” call her “pork chop” in public in a way that appears playful on the surface.

Dealing with passive-aggressive behavior is extremely challenging because a really good passive aggressive is very slippery.

Often, too, you may not be sure if you have been the victim of passive-aggressive behaviorâ€”or not. You may be feeling angry and upset, but not sure why or if it is justified.

How do you tell? One way to identify it is to look for patterns in someoneâ€™s behaviorâ€” not just isolated incidents. For instance, if Roberto generally is dependable and is home on time for Tina to attend her meetings, the one â€œmissâ€ may not be motivated by passive-aggression. However, if he often sabotages Tinaâ€™s attendance while denying he is doing so, a behavior pattern is evident.

Another way to tell is to catch someone in a lie or inconsistency in stories. Explains thing one way now and another way later after he or she forgets what they told you in the first place.

Finally, match their words with their actions. If they don’t match (says one thing but does something else), or the person uses constant excuses or justifications for their behavior which don’ t add up inyour mind, consider that you are in the hands of a passive-aggressive person.

Tip #1- Directly confront the behavior and ask if the person is angry at you. For instance, ask “You called me pork chop tonight. Do you have issues with my weight?”

Tip #2. Be on guard and don’t trust what the person says or commits to. Develop a Plan B. For instance, Tina could have arranged for someone else to pick her up for the meeting in case Roberto didn’t make it home on time.

Tip #3. Use assertive communication skills to let a person know how what they do affects you and makes you feel. Try something like “I heard you repeat something that I told you in confidence. That really hurt me; please don’t do.

For news and more about events, event planners and more, visit JugglingInferno.com.