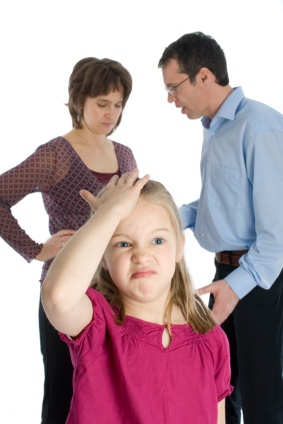 Up to 40% of people who divorce wish they hadn’t done so. Yet, many of these people say they tried “everything”,including couples therapy, but to no avail. Why doesn’t couples therapy,even done by experienced and competent therapists prevent breakup more of the time?

One reason is that both partners and the therapist often don’t have the same agenda. Recent research in Minnesota by Dr. William Doherty shows that up to 30% of couples coming to therapy are “mixed-agenda” couples where one is leaning out of the relationship and is reluctant to work on it, and the other wants to save the relationship

That means that only two people in the therapy room really are willing to work hard to save the marriage or relationship: the therapist and the “leaning in” partner. This is known as a “mixed-agenda”; in other words, everybody is not on the same page as it may appear on the surface. So, therapy starts with one of the therapist’s hands tied behind his/her back. If the therapist tries to persuade the “leaning out” partner to to stay in the marriage, they are immediately at odds with each other.

As an alternative, Dr. Doherty has developed a protocol called “Discernment Counseling” (http://www,discernmentcounseling.com)as a precursor to either divorce or couples therapy. You can get a family mediation lawyer, to have it court order to go through family counceling. Its goal is NOT to fix the marriage but to discern if the marriage can be fixed. Its like receiving a medical diagnosis that requires extensive treatment. Before taking the treatment you have to decide if you want to or not, considering effort involved, side-effects of the treatment, cost, etc.

Discernment Counseling provides different services to the mixed-agenda partners who have different needs. For the “leaning out” partner, discernment counseling helps them make a decision based on deeper understanding of the relationship and their role in its problems and potential future. Even if they leave the marriage, this understanding will help them in future relationships.
For the “leaning in” partner, discernment counseling helps them bring their best self to the relationship and to learn to relate differently so as not to continue to make things worse by well meaning but futile attempts to save the marriage.

Discernment counseling is time limited from a minimum of one two-hour session to a maximum of five sessions. At the end of the process, the couple will decide on one of three paths they are going to take:
Path 1- Continue as things are now
Path 2- Pursue divorce or separation
Path 3- Fully participate in couples therapy and other interventions for a period of six months with divorce or separation off the table.

Having a clear decision as to what path you are both on will give both partners much more clarity and confidence in a decision about the future of your relationship,based on a deeper understanding of what’s happened to your relationship and each of your contributions.

Jim and Mary had what appeared from the outside to be a good marriage. They met in Australia, but ten years later found themselves building a comfortable life in Southern California with 2 children,a mortgage, and stable careers in music.

It was a Tuesday afternoon when Mary discovered that Jim had been having an affair for the last three years with his first love in high school She made the discovery accidentally while causally going through his cell phone texts when he was in the shower.

As many partners would, Mary went ballistic, her anger and rage fueled by deep feelings of hurt and betrayal. For 12 hours straight she demanded that he tell her everything – every encounter they had, every sexual detail, every intimate thing he had told her about their marriage, etc.

Anger Management would clearly be an essential component of any successful affair recovery process that Jim and Mary would undertake.

While Jim was terrified of losing his family and his life as he knew it, managing her justified anger was Mary’s challenge. Because her ego and self-esteem were severely injured and trust in Jim had been shattered, she was sure she would never be able to forgive Jim for his behavior.

As a consequence, she asked him to leave the house, a request he complied with after talking to his children. Jim was clearly a man slinking away from his previous life full of shame, guilt, and regret.

In our local anger classes and in our online anger management program, we teach that forgiveness is often an essential tool of successful anger management. This was most certainly true of Mary.

Therapy started by recommending two books to Mary, both written by Dr. Janice Abrams-Spring: After The Affair and How Can I Forgive You? In her later book, Genuine Forgiveness is reframed as an intimate dance, a hard-won transaction, which asks as much of the offender as it does of the hurt party.

Following Dr. Spring’s recommendations, in therapy Jim learned how to perform bold, humble, heartfelt acts of repair to earn forgiveness, such as bearing witness to the pain he caused, delivering a meaningful apology, and taking responsibility for his offense. At the same time, Mary learned to release her obsessive preoccupation with the affair, to accept a fair share of responsibility for what went wrong, and to create opportunities for Jim to make good.

An excellent book on sexuality and the meanings of marital infidelity “Mating in Captivity” written by Esther Perel was also recommended to the couple who found it quite helpful and enlightening.

Jim and Mary made it – their marriage ultimately not only survived, but thrived. On Jim’s part, among many other things, he learned how to communicate much more assertively(another tool of anger management) to his wife instead of “stuffing” his feelings about things that bothered him. For her part, after learning to forgive her husband, she turned her attention to her sexual inhibitions and attitudes which had caused Jim much sexual frustration in their relationship.

Enter your name and email address to signup to the AngerCoach mailing list and receive a FREE report entitled: "The 8 Tools of Anger Control". Get instant access to this PDF now!